Today we have a record of library inspired recordings of by multi-instrumentalist Marcus Seiji Knaus and producer/ engineer Richard Santino Isabell from the Drumetrics collective. The collective originally started in 1999 by MRR (Michael Raymond Russell) and GLK (The Gaslamp Killer) as MHE or Machines Have Emotions. It evolved into Dirty Drums, which sampled drum breaks off of vinyl from the ’60’s and ’70’s, and now has evolved into today’s collective called Drumcentrics. Members RSI and MSK give us their latest release, RSI-MSK 001 EP. The six song extended player is a bastion of dark, moody, and heavy on the drums tracks that would fit perfectly into a movie, tv show, or even in today’s cablecentric climate. Starting off with “Rings of Saturn”, it is a veritable drum clinic, heavy on the skins of course with a spacey, atmospheric tone throughout. Reminicient of early 70’s space flicks, this is a good kick off. Sliding into “Head On Collision”, the eerie organ and pounding backbeat could have easily been an out take for Vampyros Lesbos. “Tech Fuzz” (features NCP) and is a track that would have Andy Votel salivating. Psych and beat heavy, the guitar rings hard throughout over vocals. Great stuff indeed. Wanna flip the record? We do.

Our Drumetrics Collective of artist produces sounds that can be categorized as a harmonious blend of electronic, psychedelic, funk music inspired by the 1960’s. The music stirs and unites the energy to engage the listener similar to a soldier hearing the heavy syncopated drum pattern while standing at the front lines preparing for war.

“Road To Istanbul again has a dark feel, clearly influenced by some Turkish psych/funk. Slip this in with a Barış Manço side and you will get what we mean. “Rubicon” is a definite standout to us (they all are, but this one is way trippy). A side that could have found its way on to that old Trap Door mix and perceived as a long lost track, but recorded today. Rounding the EP off is “Time Span”, a spaghetti western funky track that has a bit more punch than you would think. Recorded on analog equipment and techniques, you can tell right away that these guys are serious about what they do. From the concept of the music, to the artwork on the cover sleeve, they have been inspired by some of the greatest music most people never heard (actually they have, but weren’t paying attention). Cinematic and full of aural stimulation, it is recommended that the listener enhance the listening experience with visuals, which we definitely agree upon. They have made a Limited Edition of 300 pressed on 10″ vinyl with a Die Cut (D) on the frontcCover & debossed Drumetrics logo on back. 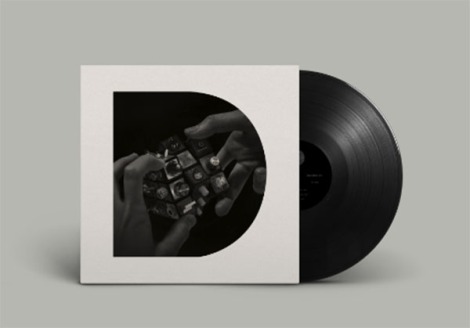 Learn more about the collective here.

Listen to the EP and order it here.

Nice to finally get this in the post and come home to it. Jahari Massamba Unit: Pardon My French. @madlib x @karriemriggins1 . Another classic. Thanks to @nowagain and #rappcats.