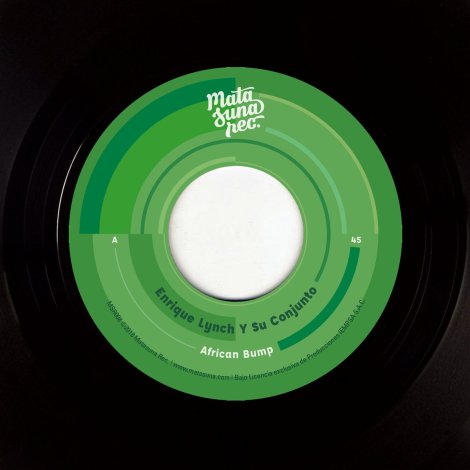 As the year is winding down, we are getting some terrific forty fives from all over the world. Some, no doubt will make our year’s end lists. We’re happy that a record like this has been officially reissued to the masses. Matasuna Records out of Berlin drops two sides of heavy latin heat from Enrique Lynch Y Su Conjunto. These two rare tracks from the Argentinian born but Peruvian raised maestro are spot on. Taken from restored master tapes in Peru, it’svailable on a forty five for the first time. We get possibly Lynch’s best track ever in “African Bump” on the A. Tons of Wah Wah guitar, harmonies, organ heat and brass licks, this disco funk thriller will perk up any party. It’s a stone cold classic, available and remastered for those looking to score (a dope record that is). The flip is a cover of a funky classic originally done by The Nite-Liters. “K-Jee” was funky on its own, but now a latin disco funk party with a deep bassline, breaks, some funk-kay guitars, and a horn section that kicks ass. If you like the original version, you’ll love how Lynch and company take it higher. When the organ kicks in, watch out, it’s a party. This bad boy is available on December 7th and will be featured exclusively on vinyl. A bonus, because it deserves to be in your box.

Listen to the record below: