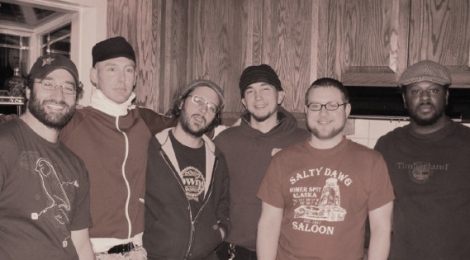 While mainstream radio is trying to force feed you drivel and convince you that America’s really got talent, real musicians are getting up every day and making music you never hear. They are collaborating with other like minded musicians to make music he way it used to be made: straight from the soul and right to your heart. Such is the case with his seven inch of undiscovered goodness that came my way over the weekend. Lucky Brown (a pseudonym of musician, producer & band leader Joel Ricci) has just released a future classic that sounds like it was discovered sitting in some junk shop since the 1960’s. With help from some of the Pacific Northwest’s best musicians who have played and toured with the likes of Polyrhythmics and Sharon Jones and The Dap Kings, Ricci has released a track on the UK’s Seal of Approval Records that is going to be on want lists when the run of records is done. No question. This home made sound, recorded in a log cabin in the woods, features drummer Olli Klomp, Devin LaMarr on organ (and keyboard bass!), and Ricci on vocals and trumpet. Isaac “Izzy” Weiser plays electric bass on the B-Side “Scatterbrain”.

Slow burning horns and a soulful, yet funky backbeat litter this 45 through and through. Ricci’s lo-fi vocals remind us of of Midwest heartache tunes and late night basement sessions at a juke joint. The accompanying guitar and organ are perfect together, and as you listen closely, you will hear how talented these musicians really are. Easily up there with any of the most recent indie funk and soul releases, Ricci is on to something special with this group of players. We can not wait to play this one out. Soul music that sounds like the originators made in today’s climate using yesterday’s methods. Great stuff Lucky Brown, keep them coming. Get this record on September 29th.