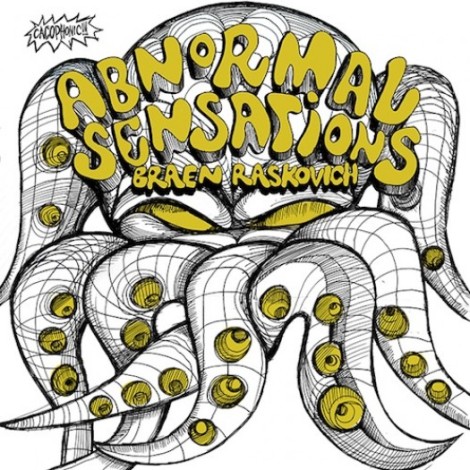 Here at Flea Market Funk we like to turn you on to new things. Today is not different. We’ve got a treat from the good people over at Finder’s Keeper’s Records. They’ve reissued a holy grail of sorts, Abnormal Sensations, from Alessandro Alessandroni, Giuliano Sorgini and Giulia De Mutiis using their Giallo-psych alter egos as Braen Raskovich. This record is a collective of their library/ psych and funky sounds, and once you hear the sample below, you will agree this was much needed to be put out there. This LP is a culmination of sounds that combines stoner funk with industrial scrapes, moans, and other aural pleasures. These twelve tracks together form like Voltron to give the listener some of the best Italian soundtrack work out there. Each one of these composers are famous in their own right, straight up killing (pun intended) soundtracks and scores throughout their career. The three together, collectively known in production as The Pawnshop, got together in 1973 to drop this record that was commercially unreleased. Originally circulated around television and cinema production houses in the 70’s by library label Octopus, it sees a proper release from Finder’s Keepers. Although it may have been a bit too supernatural for crime films etc. at the time, this record will peak the interest of freak funk and psych fans alike. Hell, if you like funky soundtrack work, you will be on this too. Here’s what the label has to say about the release:

“Cattura” is just a taste of what these masters could do as a team. We love the twangy guitar and flute that dominate in this short composition. Reminds us of some Vampyros Lesbos type of tracks, and we are all in on this release. Eerie as well as infectious, this track is exactly what you need as an intro to this genre if you’re not familiar. Say hello to your new, little friends.

Go to WFMU and come home with more books than records. That really happened once. Got this gem from @lpcoverlover and have been trying to get all the records in it ever since. Who's holding? re: @hakstao you know the deal
Can't always be about records! Despite the unusually humid and scorching weather, here we find the Dad in his natural habitat. After a long day of yelling at fish, loud families disturbing him fishing, broken lines, deep cuts from fishing lines and finally catching the biggest smallmouth bass he's ever caught, he returns to his home made fire pit and delivers on the promise of a BBQ in said fire pit. After an hour of attempting to get the fire started, he does what any Dad would do, goes to the nearest supermarket and buys a Duraflame and get this: dry wood. Crisis solved, beer drank, mouths fed. Then he waits four hours until the damn thing goes out.
Rainy morning sounds. Great reissue of "The Call" from @outernationalsounds of this 1978 scorcher from Horace Tapscott Conducting The Pan-Afrikan Peoples Arkestra. 2019
Dellinger & King Tubby: Jah Jah Dub
Early on, some tried to turn me on to Zappa. I remember being a teen and hearing Crew Slut and Yellow Snow and being like, what is this? My buddy was deep into the Mothers and Zappa and my musical palate wasn't ready. Fast forward ..
Oh when the @wax_poetics arrives...Hello Patrice Rushen.