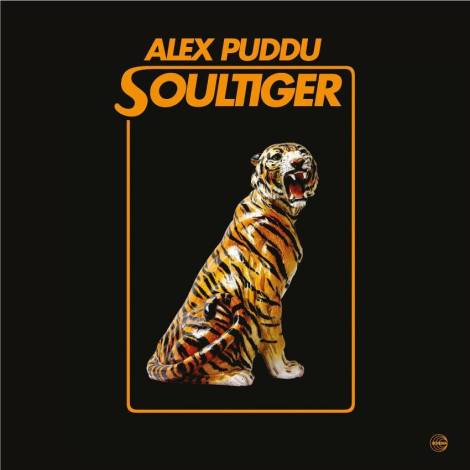 When a project comes our way and features Mr. Rap-O-Clap himself Joe Bataan, how can we not shed some light on it? Alex Puddu, known for some dynamite releases, including two volumes of The Golden Age of Danish Pornography and Registrazioni al Buio, enlists the latin legend on this Schema Records release. Puddu’s spicy groove sound is a perfect fit for the co-fonder of Salsoul Records and his new funk project Soultiger features Bataan on three tracks and includes seven more dance floor oriented funky cuts. Trying to recreate the late ’70’s sounds that Bataan was putting out on records, this disco funk sound is something that will get people moving out of their seats. The title cut “Soul Tiger” is a funky, danceable organ track that gets the party started. Groovy, slow burners like “High Times In NYC” and “The Drum Is My Drug” sit nicely alongside the tracks that Bataan is featured on. “50,000 Women Can’t Be Wrong” has some chunky horn stabs as Joe parties hardy and dances throughout the tune. “Love Talk” is a jaunt into the quiet storm, some pillow talk to the lady you’ll never let go. “The Mover”, which you can listen to below, is similar to “Love Talk” in that it’s slow churned soul with a message. Just smooth stuff as only Joe can sing. Puddu comes through nicely on this record, and it’s cool that Bataan gets more than one song to flex his vocals on. This record transports you back in time, when disco and funk meshed together, some late night shenanigans were happening at the club, and people just wanted to party to forget the troubles of their daily lives. It’s a sleazy sound and it’s perfect. This is an absolute winner of a project that we can get behind here at FMF. Hear snippets of the whole record here as the album will be out later this year.