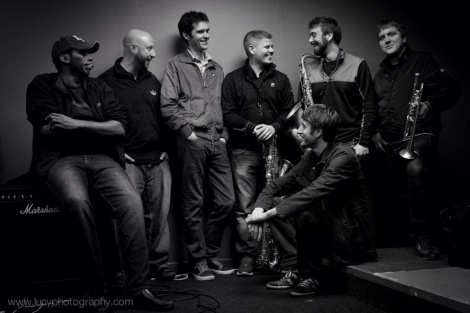 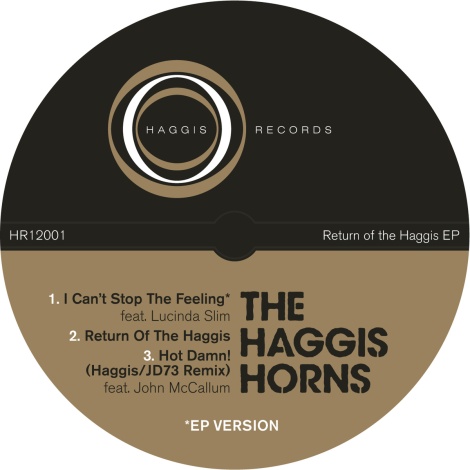 If you’ve heard records by Mark Ronson, Jamiroquai, Amy Winehouse, Morcheeba, Lily Allen, Nightmares On Wax, Corinne Bailey Rae, just to name a few, you’ve most likely heard The Haggis Horns. Playing strong since 1999, the Horns made their first appearance with The New Mastersounds and since then have never looked back. With two full lengths under their belt, 2007’s Hot Damn and 2010’s Keep Moving, the horn section and band show no signs of letting up. Their latest full length effort, What Comes To Mind, slated for an Autumn 2015 release is highly anticipated. So to keep the Haggis faithful up to speed, they’ve released the Return of the Haggis EP. Three tracks of goodness to keep your body moving until the LP comes at ya. Featuring Lucinda Slim on vocals, “Can’t Fight The Feeling” is a powerhouse of funky soul full of the horns signature sound. Slim’s vocals take a a 70’s soul feel to the next level. “Return of the Haggis” is party funk at its best. This track is a favorite that they do live, and features guest percussionist Snowboy. Also featured is bassist Pete Shand of The New Mastersounds, who gives it some Kool & the Gang boogie funk for your earholes. This EP also features a remix of their first single “Hot Damn”, never before issued like this. More music to boogie to. More Haggis please! Listen to the record below: