Brewerytown Beats, the eclectic, beat centric, DJ friendly, and all around dope record store in Philadelphia, PA once again has teamed up with powerhouse record label Jamie/ Guyden to hand pick two records in a series of forty fives from their archives that have been dropping over the last year or so. First in the Phil-LA-of Soul series is Les Tres Femme with “Listen To Mama”. A highly sought after sister funk seven inch, this thing smokes. Remixed by Tom Moulton from the original session tapes and re-mastered by Peter Humphreys @ Masterwork Recording Inc, this is a tough 45. With hard hitting drums, on point horn stabs, this is one funky forty five. The bonus is the never before released instrumental on the B side. So listen to your mama, Flea Market Funk, and Brewerytown Beats on this one. If it’s mixed by T. Moulton, then it’s a winner. 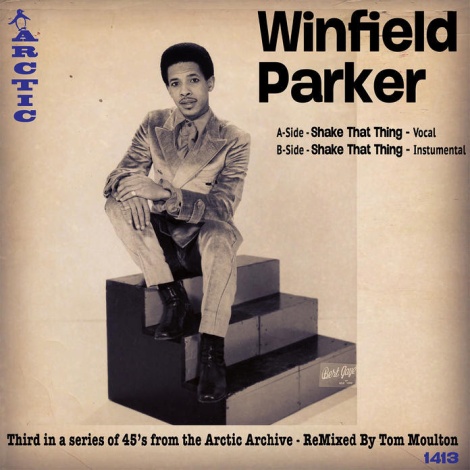 The second exclusive that they are putting out is Winfield Parker’s “Shake That Thing”, originally on the arctic imprint. Once again remixed by Tom Moulton from the original multi-track tapes, this is another tough forty five. Arctic has some heat in those vaults, and it’s great to see good people aka Brewerytown Beats involved in picking these records to get out to the public. From what we hear, this series has a lot of great stuff on the horizon, so keep your eyes and ears peeled for more. In the meantime, have a listen to this funky mule below.

Order both of these jawns here.

Good little pick up this weekend. You can never go wrong with Herbie and a cast of top notch players
I can't pass up a good book, and if it's about counter culture, it's a bonus. Grabbed this one from The Mothership @halfmoonbooks this weekend. It was was well loved, complete with notes in the margin from the previous owner.
This one I have never found in the field. However, since records come to you, the time to get it was yesterday. Shout out to @rocketnumber9records for yesterday's dusty excursion.
Happy 45 Friday!
AJ & Jiggawatts: Wrong Step. First release on the new Money Mou$e label is a scorcher!
This was a surprise. Thx to @stereophonk for the latest release from True Flavas Band. A stone cold groove from the best of avant-garde players from St. Petersburg, Russia, you can hear the record on FleaMarketFunk.com