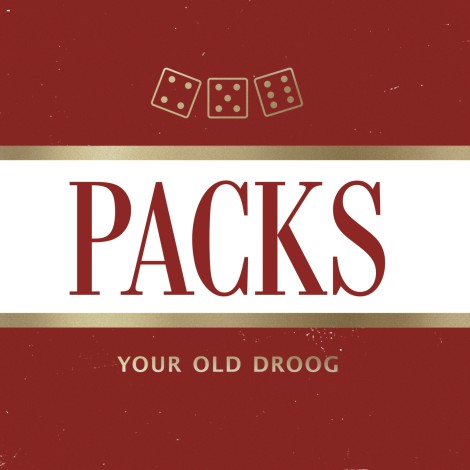 Well for those living under a rock, you know the unstoppable force that is Your Old Droog. Dude is making music, well, like no other. The shit is fresh, for 2017, you suckaaaas. Seriously, since his first single, he has been straight fire. On this new single, available on the LP Packs out March 20th, he has some help from cats like Danny Brown, Anthony Jeselnik, and Heems, among others. This first track, “Help”, also features Wiki and The Humble Magnificent, Edan. It’s tough as nails. Let’s talk about the beat for one. Hard, rock beats, psychedelic horror sounds that are made for riding through the Five Boroughs late, late night and into the early morning. Droog’s verse: hot lava. No question. Wiki spits some on target rhymes in that matter. Simple verses like “The way I rock, hot.”, and he’s not kidding, he is. Up last, Edan, who gets an intro from some HEAVY guitars, which are right up his alley. “Spaceship Earth” continued? Better, we say. It’s great to see him back on a track, even if it’s just for a bit, and with any luck, we will be hearing some new material from him very soon. We know we are not the only ones anticipating new stuff from this man. On a whole, “Help” is on some heavy rock shit, some over there shit. Basically, what no one else is doing these days, and that’s a good thing. If Action Bronson could rap over Dry Bread loops on Dr. Lecter, Your Old takes the rock sampling to the next level with this one, and both Wiki and Edan fit perfectly on the track. So if rock samples and good rhyming are your thing, this record is for you. File under classic hip hop flow and innovative beats with a middle finger to the mainstream. Check out the track below, and pre-order the record at the link after. Your Old Droog, NYC rap that stings like the butt of a pistol when you weren’t looking. Believe that.