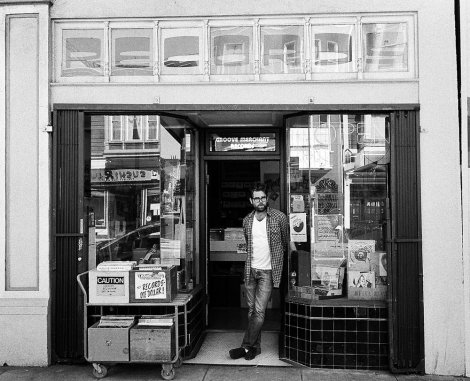 We have been a fan of the Groove Merchant for a long time. Obviously being on the East Coast we heard about the shop from Mike D when he shouted them out in a Beastie Boys song, so when we went to the Left Coast we immediately went in to the best record store we have ever shopped in. The coolness factor along with the actual inventory of quality records was amazing. So it’s no surprise that Cool Chris, along with various compilations and 7″ record box sets has started to privately publish books as well. We got a hold of two of the books and think that they’re just great. 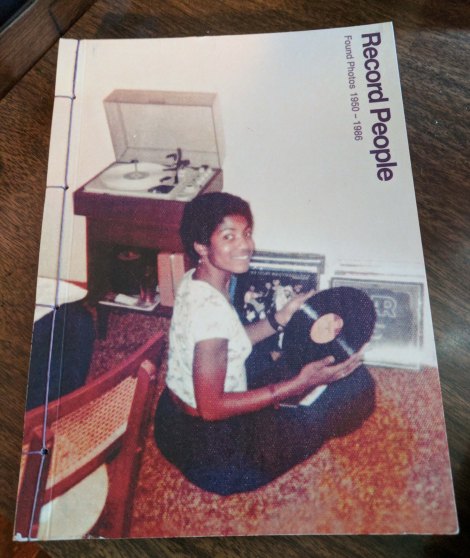 The two books we are speaking of are Record People, Found Photos 1950-1986, and St. Louis Record Shop. Composed completely of found photographs, both books touch different human interest stories with a common thread: vinyl records. The first, Record People, which highlights found photos inside of record sleeves, is definitely an interesting one. We all find things in records. I don’t find many photos, but weird shit like ’70’s coke straws, hand written notes, or outsider art stuffed inside sleeves. Of course Chris Veltri, with the massive amount of records that go through the Groove Merchant doors would have the sense to save them, then make it into a book. From the young lady standing in front of her Miles Davis On The Corner Lp tacked to the wall, to the wheelchair DJ spinning 45s, to backyard BBQ and kitchen DJs featuring kids and adults alike, this book is one of a kind. Featuring black and white and color photos, it’s a great journey through found pictures that capture a place and time when vinyl records were a center piece of family entertainment. 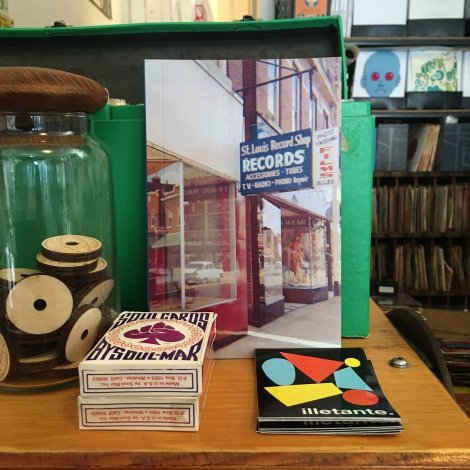 St. Louis Record Shop is exactly what the title suggests, photos from a record shop that happens to be in St. Louis, Missouri. We know that they sold records, repaired radios and televisions, as well as stocking a variety of seven inch records as well as full albums. From the owners to various customers (many who are holding the same Elvis record), the reader is transported back in time and dropped right into this store. Along with the faded colors of the bordered photos, some over 50 years + old, we really dug the photos of the vintage 45 RPM boxes and Lp carriers of the time. record nerdery at its finest. Both books have no type, just the photos themselves, which paint a vivid picture of what was going on. In fact, it’s much better without type, leaving the reader to imagine exactly what happened leading up and after each snap. Definitely a must for fans of vinyl records and vinyl records culture. Cool Chris does it again. Get more info below, as these books are in a very limited supply.