There must be something in the water that helps the West Coast churn out some fantastic funk and soul bands. A little funkiness that has been evolving since the days when woolly mammoths were slowed down in tar pits, people banged on drums to communicate, and everyone from Sly Stone to Charles Wright laid down their sound that would touch people and eventually move from generation to generation. The Bay Area in particular has been a hot bed for funkiness as of late, with bands like The M-Tet, Monophonics, Orgone, and more, picking it up and laying it on the cut while simultaneously dropping sought after seven inch records and entertaining audiences around the country with their special brand of get on down goodness. This holds true for newcomers, The Humidors, who aren’t that new and have been at it for half a decade. They’re being the pusherman of sounds that encompass everything from deep funk, to jazz, to blues, to greasy organ stabs, soul, R & B, and beyond. Featuring Justin Abee (percussion), Ben Corrie (keyboards/organ), Patrick Cress (Baritone Sax), Andre Cruz (lead vocals), Mike Mulqueen (guitar/vocals), Eric Podolsky (bass/vocals), and Adam Willis (drums), the eight piece crew has a new record coming out called Movin’ The Needle , and we have one of the first singles “Walking Contradiction”.

The Humidors, who have been at it for half a decade,being the pusherman of sounds that encompass everything from deep funk, to jazz, to blues, to greasy organ stabs, soul, R & B, and beyond.

“Walking Contradiction” is a great tune. Drawing from these ghosts of funk past and full of soulful funk, latin tinges, and solid percussion, Cruz’s silky vocals drive the tune, with the rest of the band lending their best with hearty horn stabs, wah wah guitar, gritty bass, plus a back beat and plenty percussion to make this side glide. Drawing influences as much from a band like Santana as they do from the Dap-Kings, The Humidors carry the torch for a classic sound, but are not afraid to put their own signature stamp of modern flavors on these aural delights either. This track has some great afro funk and soul feelings that will warm your heart (and ears). A true, all around winner. The band got some help while recording the full length from Kelly Finnigan of the Monophonics, as well as Orgone’s Adryon De Léon and Sergio Rios who make guest appearances and also mixed it. A strong showing from these West Coast movers and shakers. Check out the single below and look out for the full length coming out soon. 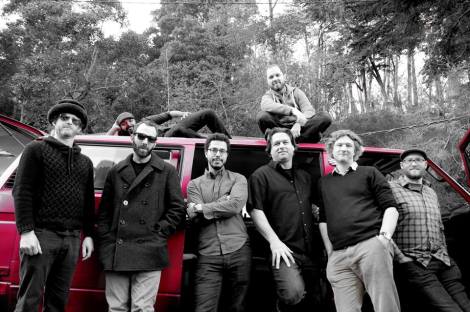 When the @uspostalservice finally "finds" your mailbox that you get 3 to 5 record deliveries alone every week. Funny how @amazon @fedex & @ups never have trouble finding where I live. Thumbs up Postal Service! America, good job!
This hot slice just arrived from @fspotrecords in LA. @nightowlsreggaesoul with a cover of the Rev. Al Green's "Let's Stay Together". Another banger boys.
Early morning meditations with Pharoah Sanders 1969 Impulse! journey "Jewels of Thought".
Sometimes the 🌞shines on a 🐶's behind. Right place, right time for this white label promo Quad Sound of the awakening - mirage from 1973 on Black Jazz Records. Definitely one that doesn't just "show up" often, especially in The Catskills. Reasonable purchase plus a few other gems I'll post later.
I passed this up about two months ago and when I flipped to it yesterday, I thought: why am I not grabbing this Lp Wayne Henderson on trombone and Paul Humphrey on drums? So I did.
Normally we'd be promoting our Shake! Brooklyn tonight, but because of the Omicron surge, we've decided to pause the party for January. It wasn't an easy decision, but we feel that for everyone's sake this is the best thing to do. We will be back in February.