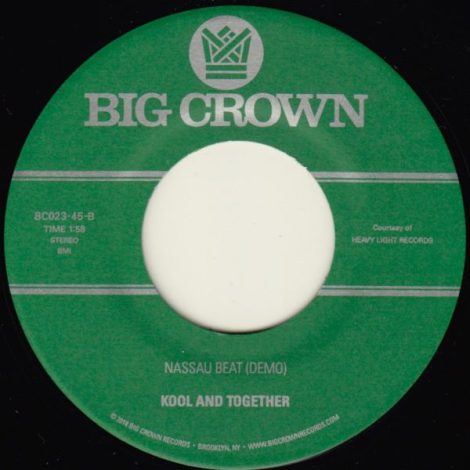 Big Crown are moving along like a hot knife through butter with their releases (believe us, it’s hard to keep up!), and this latest reissue out of the Lone Star State is as hot as it can get. Touching again on obscure band Kool & Together from Victoria, Texas, this double side of funk heat hits the spot. Originally starting off on the gospel end of the spectrum, the brothers Sanders (Joe + Tyrone) eventually broke out into the secular side of things. They brought a street wise, raw edge to their funk and soul, that like many other regional groups, faded into obscurity until they were resurrected by funk and vinyl champions decades later. Eventually gaining a cult following, they would definitely make an impression on collectors and DJs alike. The lads at Big Crown offer this one up, which contains, not only their tune that was known to get people really cookin’ (pun intended) “Sitting On A Red Hot Stove”, but a completely bonkers demo take of “Funky Nassau” entitled “Nassau Beat”. That drum break though! Another winner from Big Crown. Texas and Brooklyn stand up, BC has got more funk to get out to the world. Stream both sides below and then play ’em again.