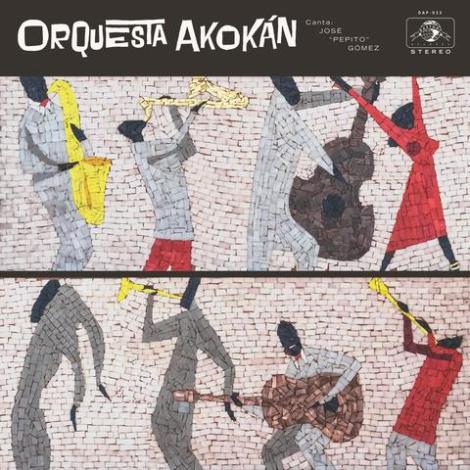 As the seminal Daptone Records label continually evolves through the spirit of soul, their latest release is an interesting one. Channeling the spirit of Cuban music, they introduce Orquesta Akokán, whose debut, self titled record on the label will be available March 30th. This big band collective combines the best of the old and young, Havana’s top musicians combining forces with top NYC latin musicians to put out this fantastic record. This project was brought to life through the like minds and visions of singer José “Pepito” Gómez, producer Jacob Plasse, and arranger Michael Eckroth, who bring us back to Cuban mambo’s golden age and sound. Recorded in Cuba at the legendary Estudios Areito, who have cut records since the early 1940’s and notably in the modern sense by Buena Vista Social Club, the all original batch of songs was recorded live to tape in three days. It’s a very nice treat we must say. You can not help to feel the spirit and history of this storied Cuban music through this new project. Daptone, continuing to evolve as a label, the elder statesman of the game bringing this special project to your ears. Get the translucent sage color vinyl while it lasts.

Have a listen to the official audio of “Mambo Rapidito” below:

Pre-order the record from Daptone here.

On March 30th, the label will hold a release dance party at Union Pool in Brooklyn featuring latin selectors, much dancing, and more!