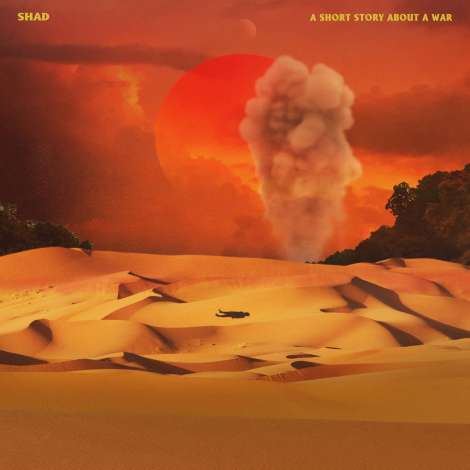 A human is not who the villain is, it’s fear.

It’s good to see Canadian rapper Shad back on the scene after a short hiatus and dropping some heat. Doing his thing for close to fifteen years, he’s had a string of dope tracks, including 2010’s “Rose Garden” which we fell in love with and have been keeping tabs on him ever since. This latest track comes off of his new record A Short Story of War and is a positive side about what’s goin’ on in this world and what you need to do to survive in it. Spitting over a piano riff, hand claps and tight drums, Shad stands high up on the pulpit and doesn’t speak down to the people, but holds their hand and shows them the way. There’s positivity in this message; hope, light, good vibrations, and good feelings. The older brother you never had, keeping it positive and keeping it real. Whether you are just jumping on Shad right now or have been riding for him since the beginning, there is no denying that number one, this track is catchy, and number two, it sheds some positive advice in an otherwise dark and brooding reality that we’re living in today. It’s just music that makes you feel good after listening to it. So, when we hear a track, particularly a track like this that spreads a positive message, we want to pass it on. Check out the video below: