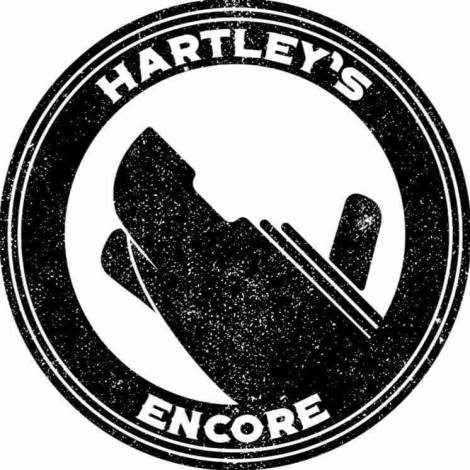 Funk comes in many sizes and forms. Sometimes funk will spring out of a part of the world where you are like, “really?”, and there it is, funky as hell right up in your face. Funk flows through jam bands, greasy trios, and on stages all over the globe. No doubt it’s universal too. Some funk is so good it’s out of this world. So, when we got this record in our ears from Hartley’s Encore, we had that kind of feeling. Hailing from Upstate New York, Albany to be exact, this band of merry funksters is most definitely a sound we can get down to here at Flea Market Funk. Their self titled record is six tunes of soulful funk that’s sure to grab you by your ears and have your feet moving in no time. Recorded and mixed by Alan Evans of Soul Live at his Iron Wax Studios, it’s as funky as it gets really. We are reminded of later days Maceo Parker records, late night jams on the road, and funk in the trunk of your ’74 Plymouth Valiant sedan playing loudly on 8 track. Equally impressive whether playing for a packed house at a national venue or at someone’s house party, Hartley’s Encore can indeed get down.

As the ship goes down, we shall RAGE on. For that is our sacred duty.

Hard funk nuggets like “All My Funky People”, a lesson complete with tough horns and a solid back beat, lead singer Luke Malamood preaching hard from behind the funk pulpit sit along side songs like the nitty gritty of “Hooklyn”, our pick for the late night grinder in your buddy’s basement party, while the true to life “Can’t Fake The Funk”, with its ‘whole lotta back beat’, gets its kicks in the form of a heavy jam, and the opener “Take ‘Em All Down”, is a stone cold groove from start to finish. If you get their vibe, you will feel the necessity of “Hartley’s Encore”, the album closer 9and the video featured below). Our sleeper for the record, it’s got Headhunters vibes all over it, and while we’re at it, we hear a bit of the CTI house band meets the blues as well. Hartley’s Encore really define themselves with this track. It sums up the funk, the soulful playing, and why this band is one to look out for. While the record is not available on vinyl yet (we’re hoping they press some up), you can stream the record below via Spotify. Look for these cats playing at a live venue near you, they sound like they’ll blow the doors off any place until the lights go on.

This promo was a nice pick up. Couldn't resist.
Good night, @pharoahsandersofficial
This big old crazy bastard decided to swallow the lure. I was alone so I extracted quickly, tried not to get bitten and got him back in. Not the biggest of the day, but put up a good fight.
@djsaucylady & U-Key
Brotherly Love #BigLove
Just what is it that you want to do?
Hreat to hear from the brother @adamscone w/ the latest from @sconecashplayers "Brooklyn to Brooklin" out on @daptonerecords right now
When I say: "One More Cast....."