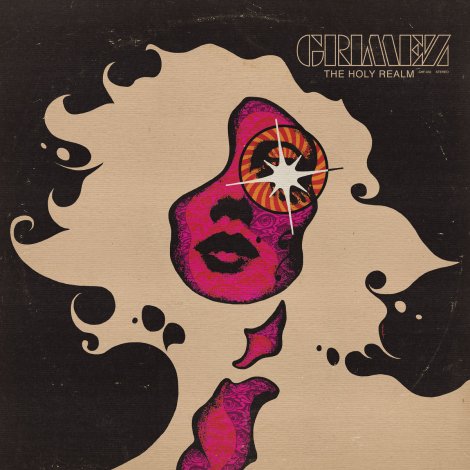 We’re back again with one of our favorite musicians who has gently flown under the radar for so long, doing his own thing and making music that is honestly, miles above some of the stuff people pass off as real music. The Midwest’s best kept secret, GRIMEZz has two new releases on his Chiefdom records, so Cincinnati stand up. His brand of instrumental cinematic psych/ soundtrack/ dub madness is as good as it gets, and each release raises the bar higher and higher. Gathering a grip of the area’s best musicians he then lays down tracks that are not from this era aurally. They have that sound we look for, and what we’ve spoken before. Like collectors who grew up on hip hop and hip hop samples who eventually gravitate towards free jazz and psychedelic music, who realize finally that early Pink Floyd was the best of their career, and who get tired of the same drum breaks mimicked over and over. The Holy Realm starts off strong with “Pearly Gates”, which honestly sounds like something Gravediggaz would sample, runs the gamut through dark and spooky, dank beats from start to finish. Tracks like “Long Suffering”, with guitar stabs, organ hits and open drums keep it dark, while “Mental Drummer, heavy on the drums (think JB interludes) keep it funky. “Friendly Stranger” smooths it out a bit, the most chill and jazzy track so far on the record. This brings us almost halfway through the record, and “The Almighty Physician” is a head nodder to say the least. Its piano riff gets into you and rings out (there’s the dub influence), drums pulling you in too, one of our faves on the record. “In The Weeds”, another jazzed up side, is a track that is really well done, we particularly dig the horns that are subtle, but lend themselves to the song so much, it’s all you’ll think of in your head. The title track “The Holy Realm” is something. Bound by an endless guitar and tough drums, this is a record that RZA would drool over. It’s cinematic as hell, complex, and is perfect for this bunch of sides. We won’t even overlook the interlude “Chess Lore”, which even though short, is tight as hell. Moving right into probably our favorite track on the whole record, “Livelihood”, a side that snaps necks and takes no names. Hard as nails, no doubt about it. The remaining three tracks end the record off nicely. “Lift Me Up”, more mellow than anything, push the record to its end, and believe me, you’re bummed about it because both this track and the previous bunch are so good. “An Honest Heart”, with it’s horn solos and percussion, plus the warm sounds of the keys again keeps you feeling aite until the last song. “Womb of The Earth” is the last track on the record, and goes out with a bang. Heavy drums, proper cinematic soundscapes, and an atmosphere that is so good you need to put this on again. The project is digital only for now, let’s hope it gets a proper vinyl pressing soon. If you’re not familiar with this sleeping giant known as GRIMEZ, then now you are. Listen to the tracks below: