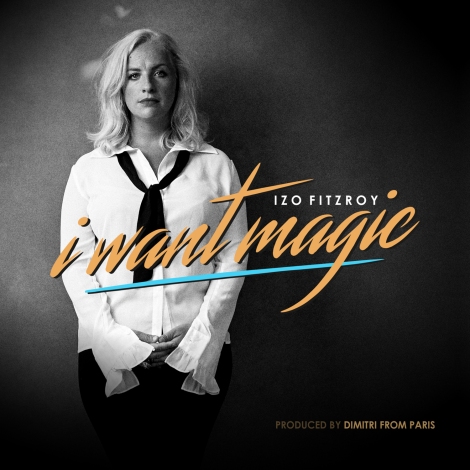 It’s midweek, and who doesn’t need a bit of a kick start to get them to the weekend? Well, sit tight people because Jalapano Records and Izo FitzRoy will cure what ails you. Teaming up with Dimitri From Paris, who needs no introduction, but if you must: this man wears the crown when it comes to disco edits and house bangers. When not remixing the Chic back catalog or running his Le-Edits label, he’s putting a midas touch on records like this. “I Want Magic” is exactly what you want to hear on the dance floor. From start to finish it has anthem on it, and Dimitri’s connection with backing band Cotonete (Paris), the jazz/ funk crew who help pull more rabbits out of the hat is super solid. This one is exactly what the doctor ordered. Fitzroy’s gospel/ soul vocals just go perfectly with his production and Cotonete’s grooves. This is a track that doesn’t come around that often, and this track illustrates just why Dimitri is really the undisputed king of the disco. That keyboard break down at the almost four minute mark is honestly just a drop in the bucket of this banger. At over seven minutes, there is so much to receive here, it’s a lot to give. Echoing the golden age of disco, this track is solid through and through. It will be available on 12″ July 6th via Jalapeno digitally and in all good vinyl record retailers worldwide.

Watch the video for “I Want Magic” below.