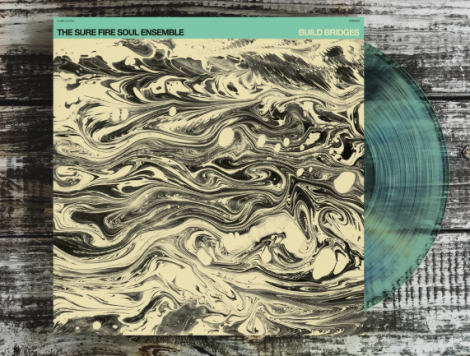 We told you all way back when that the Sure Fire Soul Ensemble were a force to be reckoned with. Their cinematic soul sound is a cross between some raw, funky, backyard cosmic slop mixed with a refined soundtrack sensibility and real jazz. From that very first forty five “Layin’ Low” in 2013, we knew that the West Coast banditos could not be stopped. Now, as they approach their third full length Build Bridges, out on Colemine Records on September 27th, their maturity in writing and playing visible on this effort. It was quite evident with their last 45, “Aragon”, that they know their past and they certainly respect it. However, with this sound they know their future too, and know where they want to go and how to get there. Led by the talented Tim Felton, who has been steering the ship into aural territory from day one, this captain of the funk and soul knows how to get the best out of a myriad of players, all who are well respected West Coast all stars in their own right. It’s quite clear that this band is here for the long haul and that Felton takes this project with the utmost seriousness and respect. On thing that they will always have is that groove, which is prevalent through out. It’s the groove that makes you move, and like a West Coast earthquake, the Surefire Soul Ensemble will be shaking a stage or turntable near you soon. The Midwest x The Left Coast for the W once again. Check out “Aragon” from the record below: