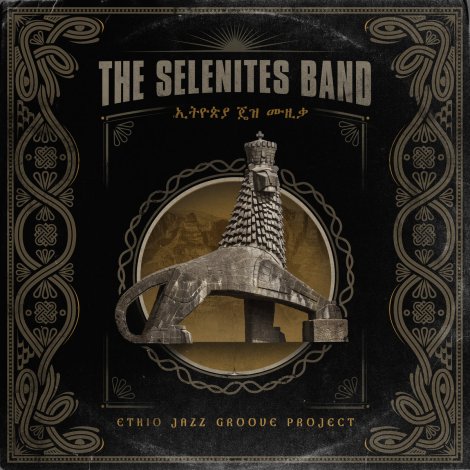 Where were you when you first heard Ethio-Jazz? How did it make you feel? Did it change your life? It did for us. This often misunderstood genre is incredible to listen to, and seriously, is some of the best we have heard while scouring the globe for records, sounds, and life changing music. With such notables as Mulatu Astatke, Girma Béyéné, Mahmoud Ahmed, Getatchew Mekurya, and others laying down crazy rhtyms from the 1950’s to the 1970’s (and beyond), it’s great to see a present day band draw back from this storied genre and bring it forth to the masses today. The Selenites Band, a musical collective led by Obi Riddim aka Antoine Laloux, pay tribute to the masters and the music on their new record Ethio Groove Project out on Stereophonk Record on October 22nd. Bringing us back to the hot clubs in Addis Ababa, this creative force blows like the desert winds via free improv on psychedelic guitars, woodwinds, but mixing up their own Krautrock and Blaxploitation music influences as well. The result? A six pack of songs steeped deep in rich Ethio sound history and newer sounds that blend together like a nice Shiro be Kibbe on an early afternoon. This tribute to the greats is as exciting now as it was then. A force to be reckoned with, The Selenites Band pushes this beautiful music front and center, inspired by the spirit of this music and moved further into the light of the full moon where the world can see. Listen to these tracks, they are an amazing piece of musicianship and have stood the test of time with the masters. They will no doubt stand the test of time with the present day audience as well. Stream the tracks below and pre-order after the stream.

Hello old friend. Can not express how excited I am to be back in the @wax_poetics groove. Recently unpacked my entire collection just in time for the new relaunch issue to arrive.