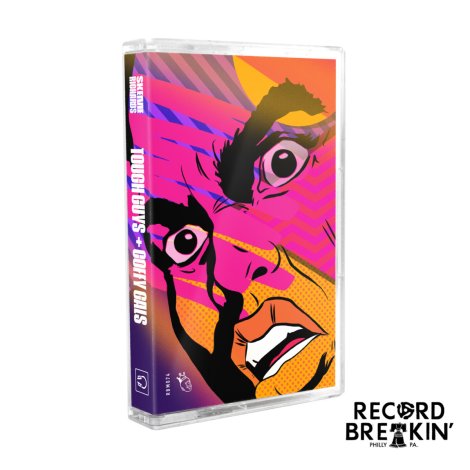 We’re all ears as always when the Nostalgia King aka Skeme Richards drops another project. His past projects, cassettes only, have wound up on the auction sites for quite a price for those who have missed out. Well, you’re in luck, and if you do it right you’ll have your own copy of Tough Guys & Coffy Gals on cassette. Revisiting the Blaxploitation genre and sound that helped define an era and generation, Skeme Richards calls back to the soundtrack of movies that starred actors such as Richard Roundtree, Pam Grier, Fred Williamson, Jim Kelly (and of course Thalmus Rasulala) among others. This mixtape, notice we said mixtape, (there will be no digital) gives the big middle finger to the man and runs on the spirit of Curtis Mayfield, James Brown, Marvin Gaye and others. These artists were the voice of the cities that weren’t allowed to speak and were a direct tunnel to what was going on in those cities. Highlighted through music and activism, these songs are a map for the present day artists, who need to follow these originators and report back on the social, political, and economic struggles that are the same problems going on today as they were back then.

I know you got soul, if you didn’t you wouldn’t be in here – Bobby Byrd

These artists, actors, movies, and music stood up for what was right, and showed no boundaries in terms of color or creed. They stopped the corruption, stopped the drugs in the inner city, and drove home a powerful, positive message. This mix is a reminder, a call to action that the world isn’t the best it should be, and people need to stand up for what’s right. The social justice warriors that are all talk, can and will influence, but decide to stand on the side of big money need to take a lesson from this music. We all need to stand together as one, seeing no color, and make this world a better place. Play this mixtape loud! It’s all vinyl, sixty minutes, and only 200 copies are available worldwide. Don’t sleep!