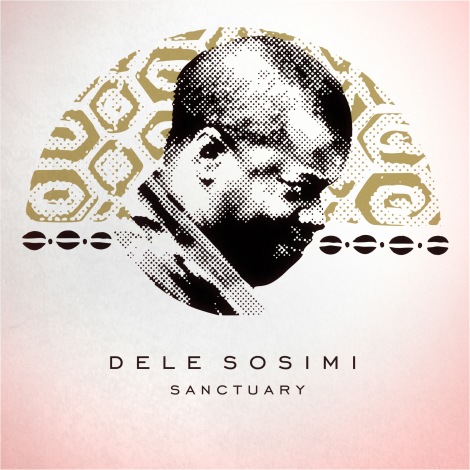 The lads over at Wah Wah 45s have been busy. As their 15th anniversary celebration nears, they have put out a banger of a 45 from veteran afro beat keyboard player, producer, and band leader Dele Sosimi. Born in the UK and raised in Nigeria, Sosimi would eventually link up with Fela Kuti’s son Femi. That friendship had Fela handpicking him as the rhythm keyboard player for Egypt ’80. While Fela was incarcerated, Sosimi would act as Egypt ’80’s musical director. That experience, would help him branch out on his own with Femi and Positive Force. His seven years with Fela were crucial in steeping his musical knowledge from the king. Now back in the UK he is touring more than ever with his Afrobeat Orchestra, and this new single and collaboration with Wah Wah 45s, “Sanctuary” is now available for pre-order on 45. Recorded with one of favorite producers, Nostalgia 77 on vintage analog equipment at Fishmarket Studios, this one is a corker. At a full 8 minutes long, it’s afrobeat at its finest. The forty five has a condensed version, because what’s the last 45 you heard over 8 minutes? Still relevant, Sosimi proves he can carry the torch that he helped light with Fela and continue to have it lit in the present day. A massive talent, here’s an opportunity to add this great 7″ to your box. This will keep them moving for sure. “Sanctuary” is the real deal, so fans of the African sounds and funk alike can appreciate the history this man carries with him. Listen for yourself and let the groove move you.

Listen On Tune In

New @theallergies feat. @andycooper75 banger "Why You Buggin' "on @bombstrikes records. A great lean back to a time when rap was really that good. Only these cats could cover this classic. Love the label design as well. Link in bio to hear the record. #fleamarketfunk #instavinyl #vinyl #records #instadigger # #igvinyl #45rpm #45sfordays #cratedigging #recordcollecting #ditc #vinylclub #igvinylclub #nevernotdigging #rundmc