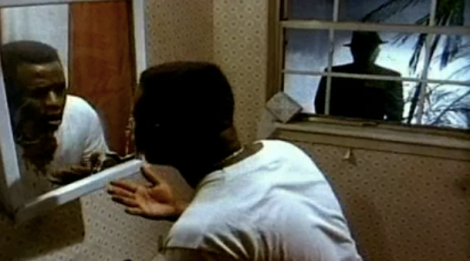 “This year Halloween fell on a weekend, me and Geto Boys are trick or treatin’.”- My Mind’s Playin’ Trick On Me

Finally All Hallows Eve fall on a weekend and we can highlight two of our favorite records in the FMF record library. We are talking, of course, on possibly one of the greatest hip hop songs ever, and its original sample. The Geto Boys and Isaac Hayes go together like chocolate and peanut butter in a candy bag. From the first time we heard this track, it was on repeat. Imagine the joy when we picked up the original sample from the the Tough Guys soundtrack “Hung Up On My Baby”. It’s times like those that we get super excited when we have found a record like that. It’s been years since we dug it up, but the memory of grabbing it is still fresh in our mind. Neither record are rare or hard to get, but Isaac just slams it home on the track and Scarface and the Geto Boys pummeled their take into a sure shot classic.

According to Check The Technique, Bill stated that the song was originally a Scarface song and did not have himself or Wille on it. It may have made it on to Mr. Scarface Is Back rather than We Can’t Be Stopped and would have changed hip hop history in the process. Lucky for the Geto Boys it was included on the LP and went on to be one of the best hip hop tracks ever. As far as the Isaac Hayes track is concerned, we could rock doubles of that all day and night long. So while you are trick or treatin’ this year, look out for the Geto Boys, they are robbin’ little kids with bags. Check out both below.

Good little pick up this weekend. You can never go wrong with Herbie and a cast of top notch players
I can't pass up a good book, and if it's about counter culture, it's a bonus. Grabbed this one from The Mothership @halfmoonbooks this weekend. It was was well loved, complete with notes in the margin from the previous owner.
This one I have never found in the field. However, since records come to you, the time to get it was yesterday. Shout out to @rocketnumber9records for yesterday's dusty excursion.
Happy 45 Friday!
AJ & Jiggawatts: Wrong Step. First release on the new Money Mou$e label is a scorcher!
This was a surprise. Thx to @stereophonk for the latest release from True Flavas Band. A stone cold groove from the best of avant-garde players from St. Petersburg, Russia, you can hear the record on FleaMarketFunk.com