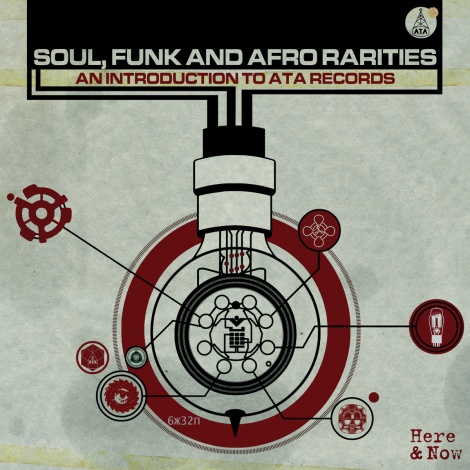 There is one thing for certain: in the late 60’s and early 70’s you could not beat the analog sound that came out of ATA Records. The North of England, Leeds to be exact, contained ATA’s boutique studio where local musicians were putting together a special sound over the course of years. This music coming out of the studio and label are represented by 12 tracks on An Introduction To ATA Records that in our opinion, are as good as anything, if not better than the music coming out of New York, L.A., or Detroit at the time. Raw unadulterated funk and soul, a Yorkshire sound that was unparalleled during the day. In fact, we could say that now as well. This rich, analog sound is the sound that many of today’s artists wish they could capture. Some get close, but this sound is something special, a sound that is even more impressively made by local studio musicians. This is the UK’s version of regional records, and it’s pure fire. A sound appreciated only some 40 years later. The crew at Here & Now Recordings took meticulous care to get this project out to the masses while making sure the sounds were restored and kept analog through and through. These are 12 songs of heat rocks. There is not one bad tune. If you’re a fan of deep funk and soul, library music, or left field funky cinema sounds then is just up your alley. Some tracks even touch on funky Ethio-Jazz, which makes this compilation that much sweeter. Now that ATA is out to the public, let’s hope there are more tapes in the vaults for future projects. Well done Here & Now, keep up the good work. Very limited vinyl of this project available, so grab it while you can. We are going to grab ours. Looking forward to dropping the needle on this.

Slim Smith: Everybody Needs Love
Here's to another rotation around the sun. It's been a long and challenging road, and I want to thank everyone who has been a part of my life and growth as a person. I am extremely appreciative of the support, love + friendship I've received.
Glenn Fallows & Mark Treffel: Fear Me Now
If you're buying one new soul record this week:
60 degrees. Breezy. Sunny. Hot Coffee. Big Steve Parish book. Live Dead. Warner Brothers 1969. "St. Stephen" on the hi-fi.
Konk: Your Life