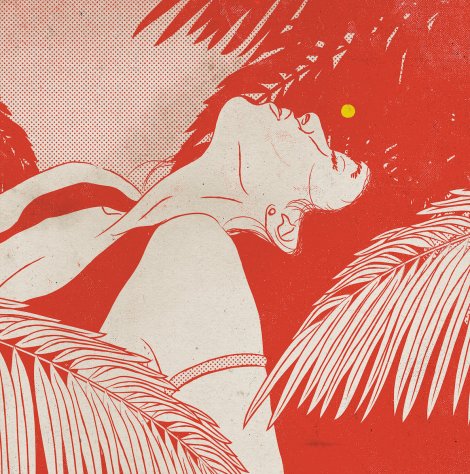 Switzerland’s Kind & Kinky Zoo debuts an Lp, Released!, with a early singles, remixes, and appearance by rapper Afu Ra. Their unique brand of funk touches everything from tropical vibes to psychedelic rock, deep funk, and beyond. We love to be able to catch up with some of these seven inch singles as well as the appearance from Afu Ra, who we fell in love with since he dropped that DJ Premier collaboration many years ago. He’s quite busy and tours frequently in Europe, so it’s fitting that he got on this track, which reminds us of a more live feeling version of Jurrasic 5’s “Day At The Races”. The upbeat, fast rap and party vibe work on this side. The SoulBrigade remix of “Hurricane Train” is a pimped out jazz trip, with subtle horns and a deep bass line that rock the discotech from dusk ’til dawn. Another remix, the Lack of Afro re-work of “V.L.A.M.” has long been one of our favorite B-sides from the group. Both artists rate high for us, and of course when they are put together it’s just as close as perfection as you can get. “Party Chez Le Marquis” is an organ freakout, while tracks like “Big Bite” throw back to some Big Beat meets Blaxploitation vibe, and “Beat Sample” chill it out on the Massive Attack tip. This bouillabaisse of different sounds all comes back together with one theme that runs true throughout this whole Lp: the funk. Deeply rooted in funky rhythms, whether it be with the flute, the drums, the organ, bass, or drums, Kind & Kinky Zoo are able to apply that funk to garage, psychedelic rock, tropical, afro, jazz, or deep funk undertakings and just plain slay them. We are totally partial to some flute, but it is not too over the top, rather lending itself to tracks just right. We promise you. If you like your music funky and aren’t afraid to try out some new things, this is the band for you. You have to be willing to take a chance, and these guys are a chance that indeed pays off. Stream the record below. This record is available at the link below and finer record stores across the world. They are spreading global funk from Lausanne, Switzerland to turntables everywhere. It’s now your turn.

Get the record, available now, here.