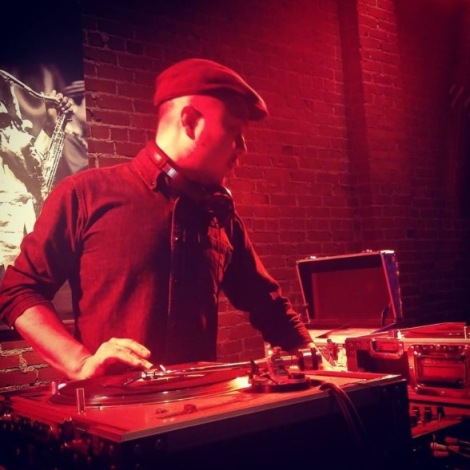 Influences:
My influences are a long list of betters who came before me, some I’ve fortunately gone onto to work with, including: Nelson George, Oliver Wang, Jefferson Mao, Jeff Chang, Dave Tompkins, Greg Tate, and many other incredible writers that escape me at the moment. Really feeling what Dean Van Nguyen and Jeff Weiss are doing right now.

Favorite Funk, Soul, Reggae and Jazz Record or Favorite Records at the Moment:
Quickly off the top, don’t hold me to this! Favorite Funk album: A Black Man’s Soul by Ike Turner. Favorite Soul album: Anything Stevie up to the 80s or Otis—heck, I’m usually content with random Sam Cooke comps. Favorite Reggae: Alton Ellis’ Soul of Jamaica or any early Gregory Isaac’s album. Favorite Jazz: I’m super not deep on Jazz, but I’ve been washing dishes to Thelonious Monk’s Sphere for, probably, 20 years now.

Best Digging Story:
The one that comes to mind is a rather tepid one. But there used to exist this place in San Jose (California) called Big Al’s Record Barn. Two guys who ran the place had been doing so for years, both were pushing 80. The main guy, Al, had quite a reputation for being an asshole. I ended up actually writing a story in a local rag on the store’s history and how everything came about. I heard years later, after Al passed away, that him and his kids were all really pleased with the article. It’s
now fenced up rundown strip but I think it every time I drive by. To the point: Big Al’s was a 4 minute drive from my house and was the type of place that’ll sell you a B+ grade Abbey Road for $60, but let go of an obscure Renaldo Domino 45 for a buck because they had no clue. My story is the latter: I came in on a random afternoon and some ex-DJ from the ‘80s must’ve just died or was desperate to unload. Long story short, OG Fela Kutis for daaaaays—for pennies. A few minutes from where I lived.

Favorite Mix and Why. Any Genre, Any DJ.
Soul Boulders 1 & 2 by B.Cause and Matthew Africa are the pinnacle of how expertly chosen songs that are thoughtfully placed can affect you long afterwards.

LP, 12”, or 7” format?
I am going to go with 7”. As much as I want to say ‘all of the above’, 45s are the loudest and just endearing to have. I have this one Gaylettes 45 that isn’t incredibly rare or anything, but both sides are insane. Can’t think of anything better than having 2 songs you’re in love with all on one disc.

Junk Food You Can’t Live Without:
Jack in the Box’s stuffed jalapenos for life.

Most Memorable Gig Played:
Because I am not a real DJ, I’ll relate it to my writing-related gigs. I was granted complete access to Rock The Bells in San Francisco awhile back; it was the year Rage Against The Machine headlinedwith Wu-Tang. The entire lineup was crazy. Things I saw backstage: bluntsmoke all day billowingfrom Redman’s trailer. Cypress Hill got down like they do in their videos—40s, blunts, cholos;intimidating but you wanted to chill wit them. Crowds almost rioting in the afternoon because DOOMsent his DOOM-poster. I Saw all of Wu-tang stomp thru backstage an hour late with what looked likean entourage of about 1000. Saw The Roots soundcheck and remember thinking they resembled a symphony more than a band. At the end of the night, I ended up onstage. To my right, Chuck D—to my left Mos Def, and Rick Rubin, and we all watched Rage make 50,000 lose their minds. Totally unforgettable.

Record That Never Leaves Your Record Box:
My pals are gonna talk shit because I play the same ones all the time—Jackie Opel’s “You Send Me” and The Ramones “I Wanna Be Your Boyfriend (demo)” are my go to. Packed or slow, party whatever gig, never a bad time to play those out.

One response to “Big Ups With David Ma”