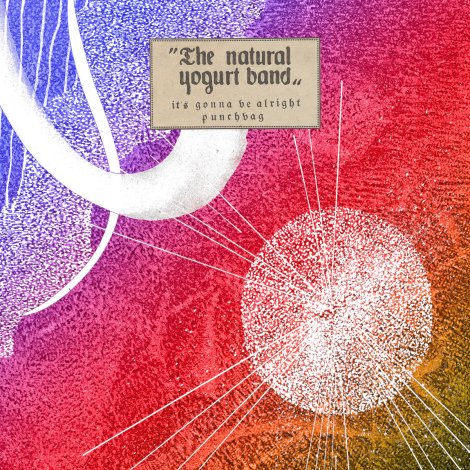 Back once again from a long trip through the outer regions of our galaxy, The Natural Yogurt Band are here on earth transmitting some of the most cosmic music you’ll hear. Their new EP, Spectral Flux is out of this world, and for fans of the band’s previous work, you’ll be pleasantly surprised once again at the quality of the tracks. “It’s Gonna Be Alright” is a lo-fi funky organ jam, heavy on the keys and hearty with the drums that could be straight out of a Kubrick film. Let’s not forget that flute, which adds some pep to it. Moving on to “Punchbag”, a fuzzy side that floats in space with hard drums and airy notes, feels like something Stereolab might sample, chop it up, loop it and have Laetitia Sadier sing over. It’s probably the most outer space sounding track on the EP. “This Way Or That Way”, is library music vibes flowing through over a groove that could easily lend itself to a scene not just in a space film, but a mid ’60’s detective thriller undiscovered. Quirky and catchy, we definitely are feeling this one. Finally, “Water Into Wine” adds more fuzz into the mix, with its break beat feel and scattered flute and keyboard stabs are exactly what you’d imagine some outer space charades would sound like. Great to see Wayne Fullwood and Miles Newbold returning from Neptune and its 13 moon with some more of the good music they were destined to give us. Well done chaps. Check out the track “Punchbag” below: