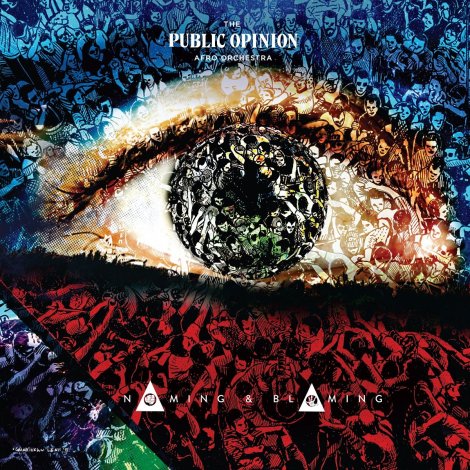 Start the week off right with the newest offering from Melbourne’s Public Opinion Afro Orchestra. “Fight So Hard” is a blazing piece of afrobeat done in the classic style reminiscent of 1970’s Nigeria but with an updated sound and vision for the present day of 2018. MC One Sixth and Lamine Sonko are out front of this seventeen piece outfit making true music that revives the spirits of the past but pushes the message to the future as well. Off of their second release Naming and Blaming via Hope Street Recordings, this highly anticipated record is exactly what the world needs right now. Featuring simmering vocals and top notch pure fire horns and percussion, we’re backing this record in a big way. The band also linked up with Lemi Ghariokwu, one of the originators of the afrobeat movement, also responsible for the many collages and illustrations on notable Fela records in the 1970’s. Talk about a co-sign, Their sound is classic with the addition of their own contemporary style thrown in, and fans of afrobeat will for sure warm up to their music. Check out the track below, and pre-order the record, available on Hope Street Recordings on November 26th.