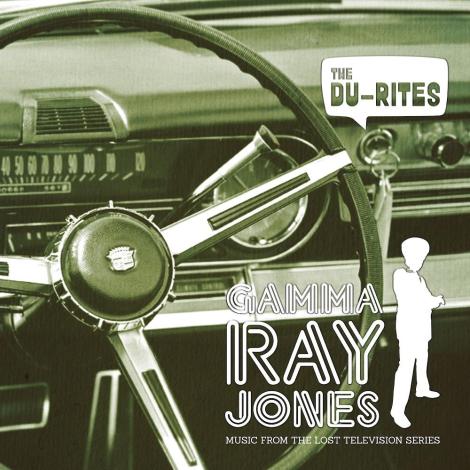 Is there anything The Du-Rites can’t do? Live shows, gritty forty fives, soundtrack songs, funky videos and more, Well, the more is a mini-documentary about the making of the soundtrack record Gamma Ray Jones. Here’s what J-Zone had to say about it:

“So, Pablo and I realized how small of a niche we were aiming for by making our third album (Gamma Ray Jones) the musical score to a lost 1972 TV detective show. It wouldn’t be me/us if there was no reach for absurdity in lieu of universal appeal and Spotify plays. That said, we’ve just released a short mini-documentary about our love for TV cop shows of the 1960s and ’70s, and how they not only made our childhoods more memorable through syndication, but how their musical scores inspired us as musicians and composers. Even in my days doing hip-hop production, the bits of dialogue from shows like Mannix, Ironside, Banacek and The Mod Squad ended up in my work. (There’s a resurgence of that on this album for kicks.) A concept album like this is anything but fashionable in 2018, but maybe the actual episode of Gamma Ray Jones we scored will air on one of the obscure Baby Boomer networks at 3AM, sandwiched between commercials for hair loss products, testosterone boosters and mesothelioma attorneys.”

We see many more good things in the future for this duo. You make your own decision, but we think that The Du-Rites are just what the muic world needs right now. Fingers crossed for the Gamma Ray Jones show to actually air in the semi-near future.

Check out the mini doc below:

This big old crazy bastard decided to swallow the lure. I was alone so I extracted quickly, tried not to get bitten and got him back in. Not the biggest of the day, but put up a good fight.
@djsaucylady & U-Key
Brotherly Love #BigLove
Just what is it that you want to do?
Hreat to hear from the brother @adamscone w/ the latest from @sconecashplayers "Brooklyn to Brooklin" out on @daptonerecords right now
When I say: "One More Cast....."
I know it's #45Friday, but just a reminder the weekend is here. "No Work On Sunday" on Blue Mountain. Get out there and make it count!
TONIGHT. Push it w/ yours truly @fleamarketfunk + @monk_uno for our long running party SHAKE! NYC dance classics and more all night in Crown Heights, #Brooklyn @friendsandloversbk No requests! Keep Dancing.