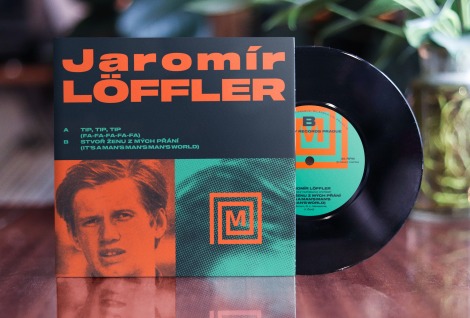 It’s always a good thing when unheard music is unearthed. This morning, we have such a song. Music makes the world go round, so it’s really no surprise that s track like this has shown up some 50 plus years later. Two Czechoslovak covers of two of the best soul singers of all time: Otis Redding and Jame Brown. Just like in Jamaica, where singers in JA would hear American R & B tracks and cover them in a fine reggae style, Czechoslovakia had a passion for soul music in the 1960’s, and the man who really lead the pack was a young singer named Jaromír Löffler. Both of these tracks were forgotten for five decades, but are brought back to the masses by Memory Records in Prague. Because of the Communist regime, a lot of the music Löffler made was not to be released due to it being American (and popular). While a digital comp was released many, many years later, these original masters were locked away in a vault and then restored by vinyl enthusiasts at the end of 2018. What you have today before you are a cover of Reddings’s “Redding’s Fa-Fa-Fa-Fa-Fa (Sad Song)” and James Brown’s “It’s A Man’s Man’s Man’s World”, both done as Czech covers: “Tip, Tip, Tip b/w Stvoř ženu z mých přání”. Löffler was able to capture the energy of these giants even way back when, and it’s so great to finally hear them after five decades. There were just 250 of these pressed (with the approval of Löffler who now lives in Switzerland). So if you would like to get your hands on this record, don’t sleep.

Listen to both tracks below:

Get the record here. or via their Discogs page.