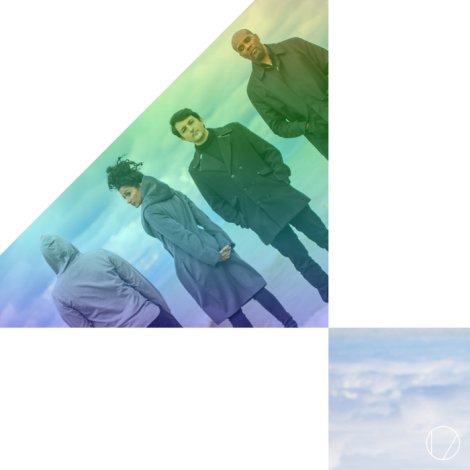 One of twelve releases this year from the Stellar Nursery camp and mindswimmer, we always get excited when new material surfaces from this quartet hailing from Chicago, Illinois. With five tracks, and eleven more releases on the way (one each month), let’s dive right into the first track “Telepathic Sunflowers”. Part free jazz improvisation, part spoken word, it’s the shortest track on the album, but packs a punch, keyboards and guitars in an aural marriage of musical bliss. The opus that is “Bridgeway To The Maker” is fifteen minutes of funky jazzy goodness, a track we can easily get lost in, put on again, and get lost once more. “Beautiful Jam”, half the length, lush with sound but minimalist all around, really feels good, and we especially dig the Fender Rhodes work of Prashant Vallury throughout. “Traveling Without Thinking” is a track that we feel that is so light and airy it should be called playing without thinking. It’s like second nature to mindswimmer, the instruments are an extension of their limbs, they do it so effortlessly and each of these tracks flow together nicely. It’s as if they were meant to be together, forever. The last track, “Honesty Is Unpredictable” ends the record like it began: free flowing, jazzy beats with spoken words that lure you right to the place you need to be, that’s anywhere you want. This project doesn’t leave us wanting more, it’s chock full of great tracks, plenty of time to get to know each one intimately. However, we do, because we know next month there’s more coming. Digest this for a minute, float on a cloud for a while, explore other dimensions. Go ahead, you deserve it.

Get the project here, out officially on January 29th.