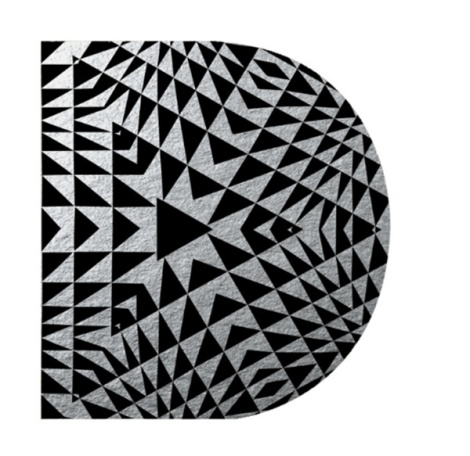 It’s Friday, and we’ve got to get this latest record from Drumetrics in your ears so you’ll still be thinking about it until Monday. For this release, Drumetrics go right to the core of library music. This chapter of the aural book is heavily inspired by the underground psychedelic songs of Eastern countries: from the Middle East to Japan to Indonesia to India and beyond. They explore the songs that have come from these regions. Recorded on three track reel to reel, this round goes deep. Six different tracks of heavy drums, fuzzy guitars and the spirit of the music made beneath the surface in these countries in the 1960’s, and it great. “Vulturon”, bubbling over with an acid trip meets a horror flick sounds, “Bushibot”, Far East, gonged out medicine with a touch of the supernatural, “Gerontogeous-“, which could have easily been in a film like Kuroneko (look it up), and that’s just side one. Side two starts off with “iKhon”, a dark and atmospheric piece that can be equated to the feeling of doing too much nitrous, “Dronesia”, a far out jazzed, heavy bass lined psychedelic journey that we had to put on a few times, it’s that good, and finally the record ends with “Diploid”, heavy and quite effective for the mind whether sober or not, and an exclamation point to end the record. Drumetrics know how to make music, and the sound on this record is spot on. With the right amount of vintage analog equipment producing the right sounds and a little bit of new technology, they have achieved another smashing project that titillates the ears and mind in all of the under three minute compositions.

Listen to the record here.