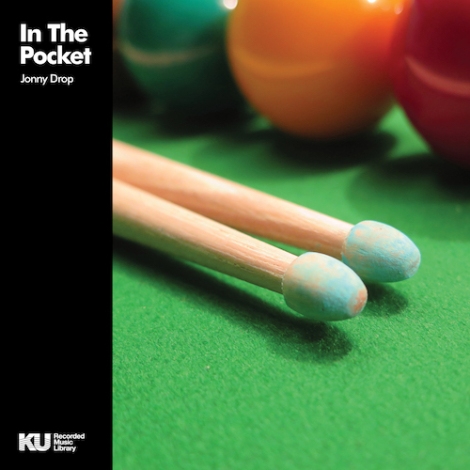 If you’re going to start your weekend off with something, it might as well be a new record and a solo record from Johnny Drop of The Expansions. Geezer, designer, snooker player, and jack of all trades has a new full length out on a label you should be familiar with: King Underground. The self taught drummer pulls multi-instrumental duties on this brilliant long player entitled In The Pocket. In The Pocket is a library record through and through. Full of wahwahed out funky good times, this break record is good for listening, sampling, or both. Recorded at Big Noise Studios right to a Raindirk Audio Symphony LN2 console on to 1/2” tape, it’s a chestnut of a record. No wonder he was recruited by Dan Englander at King Underground, to do this project.

As a sampling artist, I’m always looking for breaks or for that matter any kind of drum hit to use. There’s something about those textures and natural harmonics you get from sampling vinyl that you just can’t beat, so when Dan asked if I’d be interested in putting a library record together for KingUnderground, it was a no brainer!

This record is two fold like we said earlier. It is for heads to listen to, but also to chop up and add to the old MPC or what ever production set up you have that has drum pads (Or rock doubles DJ style). It contains compositions, stems, and miscellaneous percussion, so if you wanted to have fun with it, you surely could. I smell a KU contest coming up! The digital version of the album comes with bonus breaks and stems as well. Sounds like everybody wins with this release. We are huge fans of The Expansions here at FMF, and we’ve always dug the playing style of Jonny Drop, so when we got a chance to bring this new project out to the people, we jumped right on it. Enjoy to the fullest

.
Check out a short video “In The Pocket”: