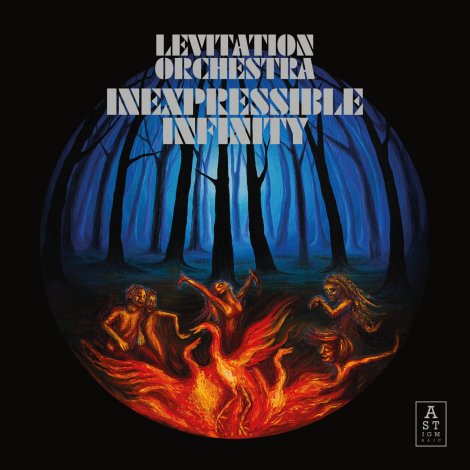 If you’ve been following this site for a while, you may have noticed that we have been highlighting UK jazz and UK jazz artists for some time. There has been quite an interest in artists and the music coming out of the UK, and today we have a band that has been under wraps until now. If you knew you knew, and with their record Inexpressible Infinity now out on Astigmatic Records, everyone will know the power and originality of this London band. Founded by trumpeter Axel Kaner-Lidstrom (Cykada, Where Pathways Meet) and featuring a variety of established London musicians such as Saskia Horton, violinist, Deji Ijishakin, saxophonist (Nihilism), harpist Maria Zofia Osuchowska from Poland (Sawa Manga), Sophie Plummer and Zakia Sewell both on vocals, Hamish Nockles-Moore on double bass, Roella Oloro, a graduate of Berklee College of Music on keyboards, Lluis Domenech Plane on flute, James Akers saxophonist, Tom Oldfield cellist , guitarist Paris Charles Raine, and Harry Ling on drums. The baker’s dozen of musicians collectively compose these beautiful sides where no one player is greater than the sum of its parts. The communal aspect of making the music carries on the tradition of bands of this sort from the past. They rehearse four times, play four, totally unique shows, then record. Writing, practicing, then recording this music, then immediately on to another magical, aural journey. Inexpressible Infinity is the second such circuit of this music. Without pigeon-holing them into an all-encompassing “spiritual jazz” monicker, they most definitely draw inspiration from the greats; Alice Coltrane, Sun-Ra, pick something from the Strata-East discography, even 1970’s Michał Urbaniak bands. Coming together as a unit they flow like water on this six-track, forty-minute journey into expression and grooves. An undeniable force in the jazz world today, you’d be hard-pressed to get a collective of this caliber that does it this way right now. Listen to the record below and order the vinyl below after the stream.

Get the record here.
Dig Deeper!