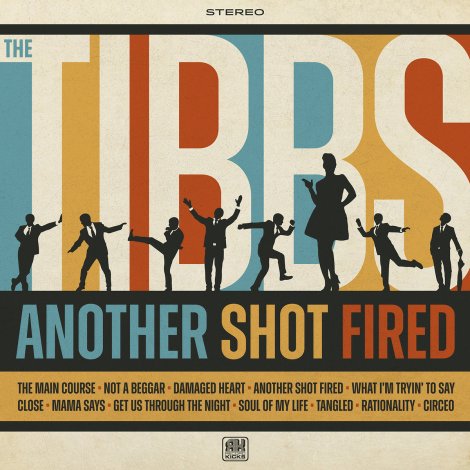 Ending the week off with some upbeat soul from Dutch soul stirrers The Tibbs. With their sophomore record Another Shot Fired that’s produced by Paul Willemsen (Lefties Soul Connection, Michelle David & The Gospel Sessions) and mastered in Nashville by Bob Olhsson ( a soul veteran who did much work for Motown in the past). The band introduces soul siren and new singer Roxanne Hartogwho on this long-player. In fact, she wrote most of the songs on the new release, very talented from the start. The twelve tunes on this record go from bluesy rock to reggae to soul and more. Their unique soul offering had led them to rise up in the soul scene, playing gritty Southern soul tunes and instrumentals throughout Europe and on the festival circuit. The band had a bigger calling though. They expanded their sound and evolved into the powerhouse they are today. With a new singer in Roxanne and a new sound, Another Shot Fired is set to release in November. The first peek of the record we get is “Damaged Heart”. This soul scorcher is filled with horns and a backbeat that we can get behind. Hartogwho’s voice will soothe the most savage of beats, calming them down despite the message in this track of lessons learned and hearts broken. This looks to be a great full length from the likes of this track alone. Stream the track and watch the teaser for the record in video form as well. You can pre-order the record from Record Kicks, it’s out November 20th.